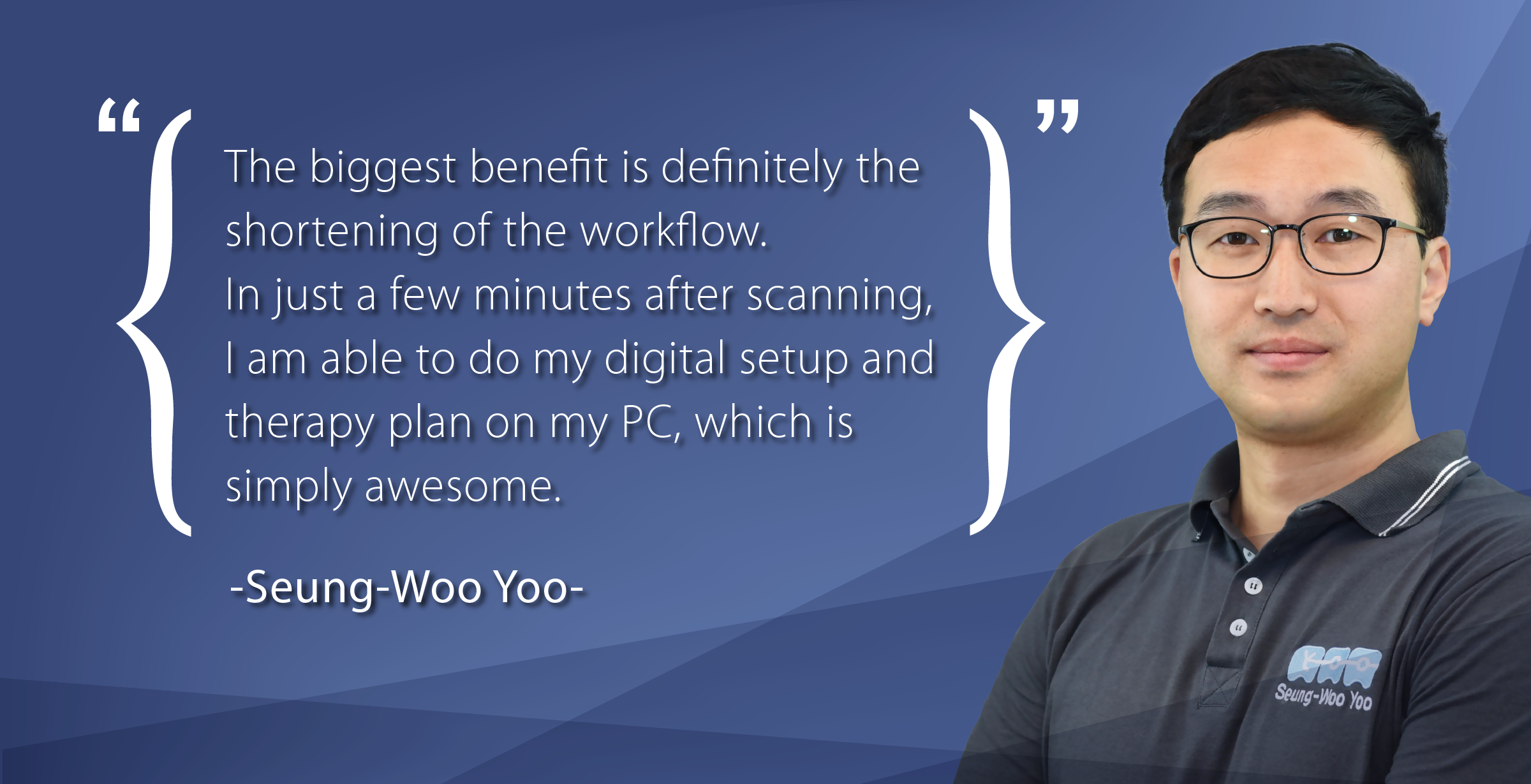 Seung-Woo Yoo is an orthodontist with a practice in Neu-Isenburg, Germany. He shares with us his experience so far with the Medit i500, and why he believes that digital dentistry will become the industry standard in the next few years.

Could you please tell us a little bit about your dental background?

I’m an orthodontist practicing in Neu-Isenburg, Germany. I founded my own practice last year and I have managed to work in an almost completely digital way. I’ve always had a huge interest in digital techniques and the development of digital dentistry. I think that one of the most important investments I’ve made was to ensure my practice was as digital as possible.

When did you begin working with digital impressions and how challenging was it to transition to digital dentistry?

When I was still a trainee in the orthodontist field, I had a lot of opportunities to experience working with digital impressions. Honestly, it wasn’t easy when I first tried it out. It took me more than five minutes to scan one arch in the beginning. However, it was from then that I knew that this would some day replace traditional impressions to become the standard in dentistry. When I started my own practice, it wasn’t that challenging to integrate the digital workflow because I was able to organize things from the very beginning. I am still doing a lot of alginate impressions due to the German healthcare system, but I try my best to do as many digital impressions as possible.

Personally, in your field, what do you think is the biggest benefit of digital impressions as opposed to traditional impressions?

The biggest benefit is definitely the shortening of the workflow, especially with digitally planned cases like aligner-therapy. You no longer need to make stone models just to segment each tooth to make a setup. In just a few minutes after scanning, I am able to do my digital setup and therapy plan on my PC, which is simply awesome. Taking digital impressions is the first step for digital dentistry. And I am pretty sure that it will become the standard dentistry in the next few years.

What were your considerations when choosing an intraoral scanner, and why did you eventually choose the Medit i500?

As part of my preparations to open my own practice, I was looking for an intraoral scanner. The first choice before I heard about the Medit i500 just before IDS 2019 was the Trios from 3Shape. Fortunately, I chanced upon the Medit i500 in a flyer, just a month before the IDS in cologne. So, I was lucky to be given the best opportunity to test the scanner during IDS. The biggest advantage of the i500 scanner is the incredible price-performance ratio. I tested almost every intraoral scanner during the IDS, but no other scanner had a better performance for that price.

Furthermore, the software development team behind Mr. Michael Lee is more than awesome. As far as I know, there has been no other software which got 3 big updates over just a one-year period! Also, the quick implementation of improvements reflecting the users’ needs is without precedent. Last but not least, the Facebook community is brilliant. There is not only the great support of the Medit team, but also very experienced users around the world discussing and exchanging valuable information, which is a great benefit for all users.

Could you share what kind of cases you usually use the Medit i500 for?

I have been using the Medit i500 for aligner cases. After scanning the patient, I can do my digital setup, make a 3D-print of the models and can easily produce the aligners. Other than that, I also use the i500 to digitize the whole stone models for archival purposes.

What advice would you give to those considering making the switch to digital impressions?

I know that making the switch to digital impressions is a difficult decision to make for an existing practice not only in terms of the need to invest a huge amount of money for a scanner but also the implementation of the digital workflow which, in my opinion, is even more challenging. So, I think that the most important thing is to be prepared and to gather enough information about the next steps. But in the end, there will be no other option than to work in a digital way someday, so it really is just a matter of time. The best way to go about it then is really just ‘learning by doing’.

You can reach out to Seung-Woo Yoo via his website at www.kfo-yoo.de. 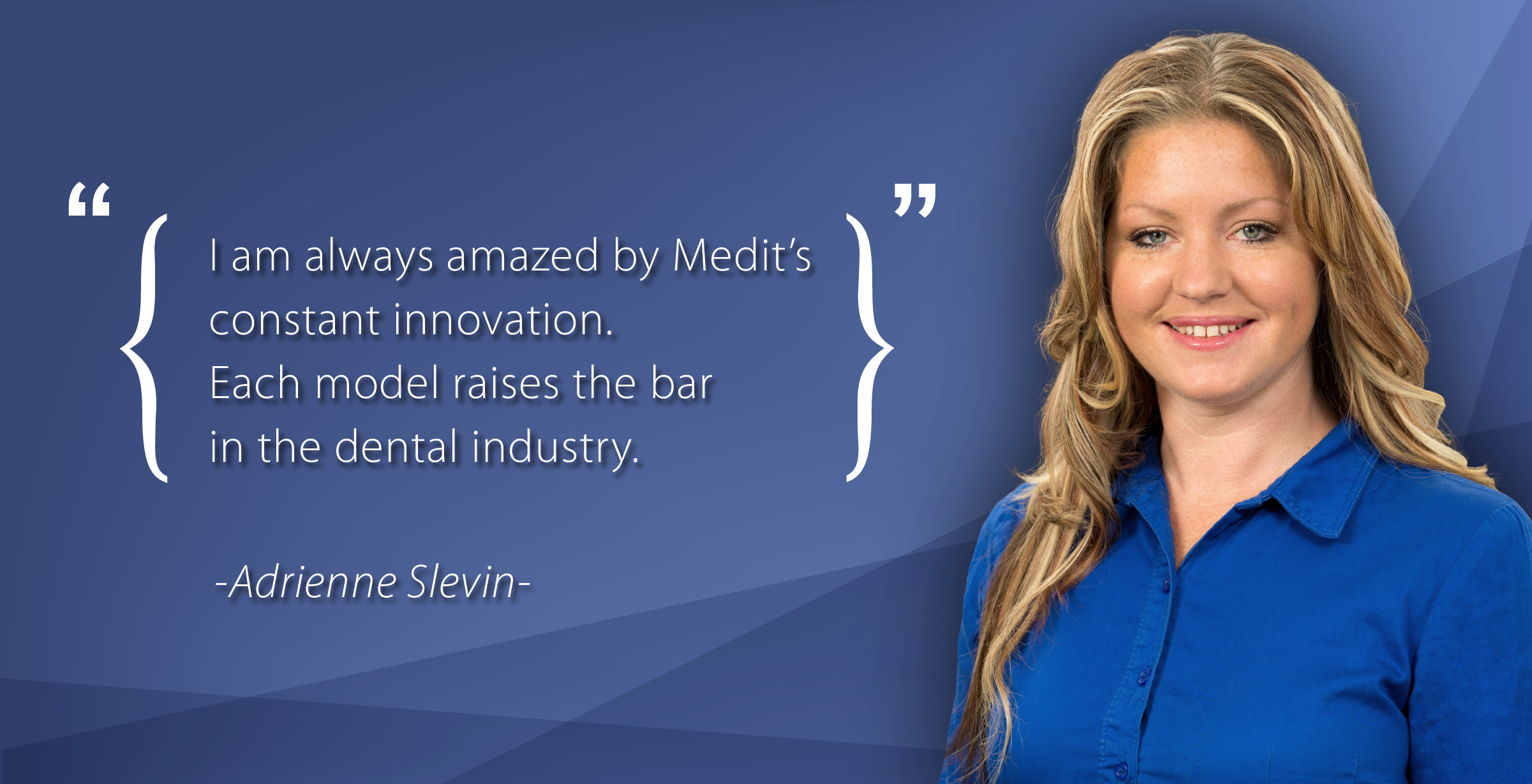