Two-Appointment Dentures Utilizing the Medit i500 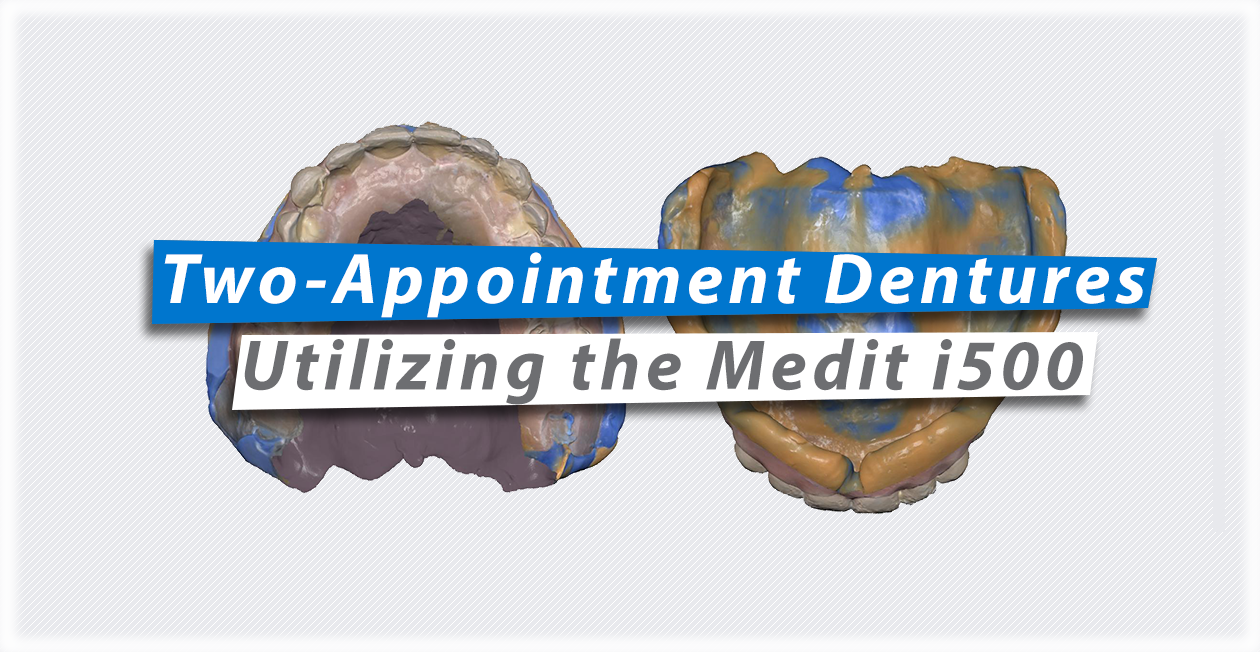 My name is Luke and I am a Denturist in Cochrane, Alberta, Canada. I purchased my Medit i500 intraoral scanner just over a year ago in September 2019, as soon as it received the Health Canada approval. I use it completely for removable prosthetics, as that is what is in my scope of practice. I love using my i500 because it so accurate and versatile. I decided to go with Medit over other options on the market because it has a strong following on social media and the support is next level. They really stand behind their product and it works.

I’d like to share one of my cases which shows you how you can make two appointment dentures easily with the Medit i500. This patient had an existing denture that she liked but needed replacing due to it being ill fitting and wear and tear. She also happened to live two hours away by bus so I really wanted to limit the number of appointments she would need for the treatment.

When she came for her appointment, I took a wash impression inside her current denture and scanned the intaglio surface, as well as the occlusion. I did not completely scan the denture due to the possibility of running into issues in the design step if you import a “water tight” model.

I then scanned her lower arch; she had a partial which she wanted to keep so no problems there. 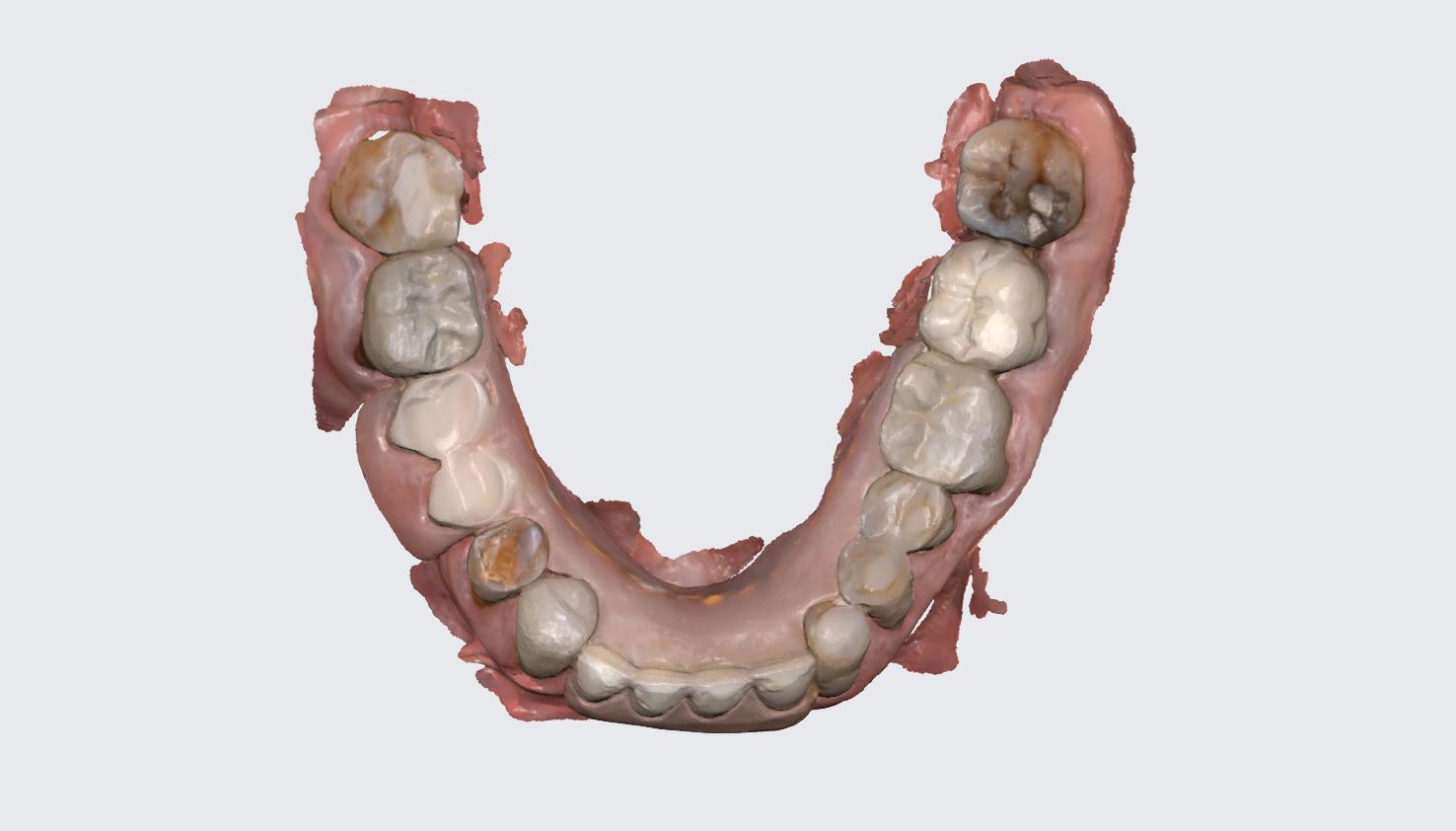 Finally, I scanned her bite. There are two ways I go about doing this. Firstly, I simply scan the patient’s current occlusion, but measure their freeway space and will open the bite the desired amount in the design software using a virtual articulator. The second option is to measure the patient’s vertical and capture a new bite at the desired vertical using alluwax or something similar. 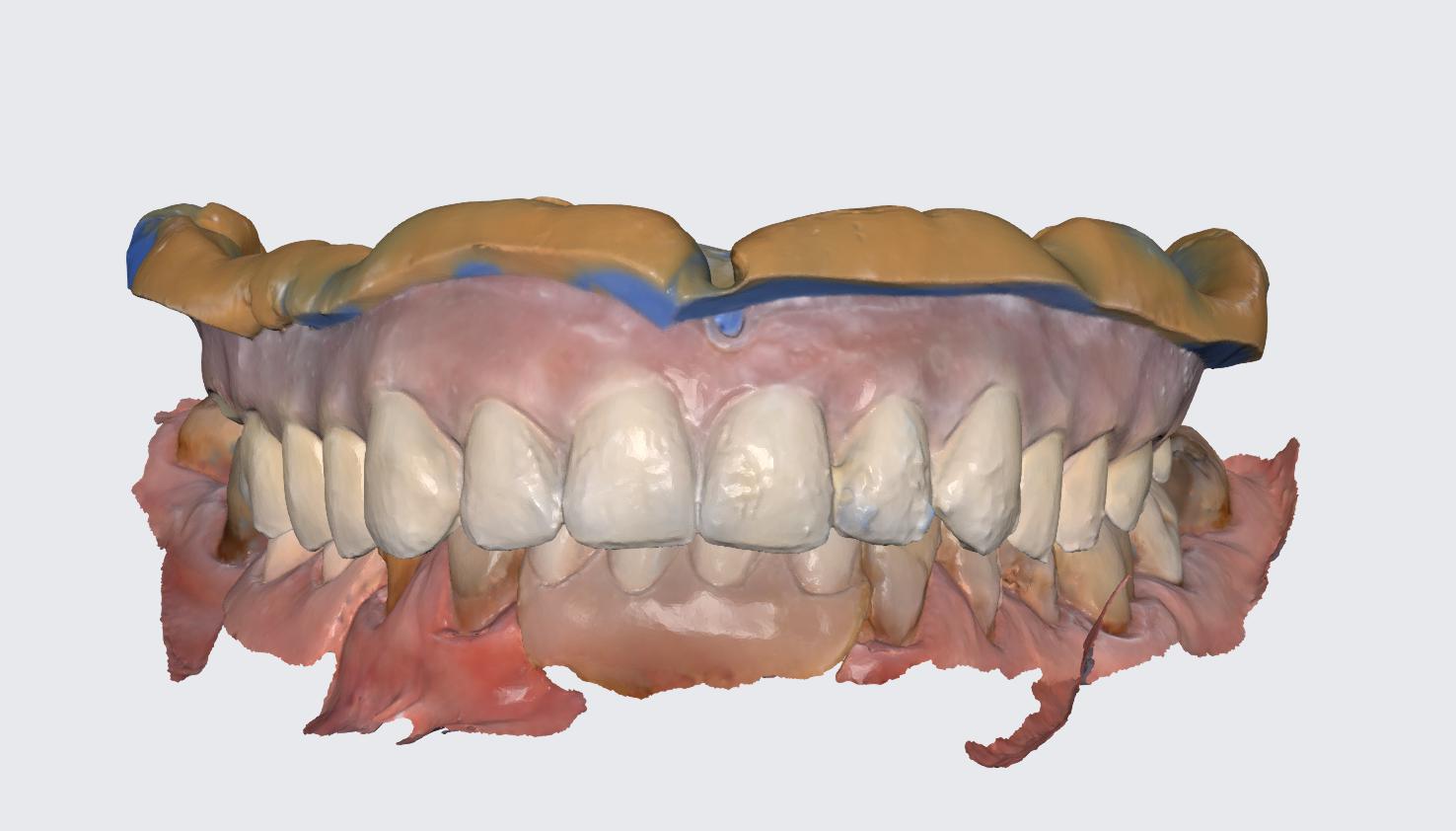 I then imported those scans into my preferred design software and designed the denture myself. I usually do a try in so I would have printed one at this point, but in order to minimize the number of appointments, I went straight to having my lab mill the case. I finished the denture myself after milling and then inserted it. At this point you could outsource both the design and manufacturing if you would like.

The aesthetics were great! It fit perfectly and there were no issues with her bite. I also have yet to see her for a follow-up as she has not had any issues with it.

I hope that my success story will inspire more people to join the digital dentistry revolution!